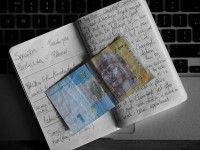 To mark the 30th anniversary of the worst nuclear accident in history I’m publishing my notes from a trip to the Ukraine back in 2010. The contents of the following three pages started out as excitedly scribbled paragraphs in a little black Moleskine,…

END_OF_DOCUMENT_TOKEN_TO_BE_REPLACED 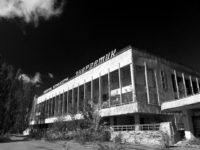 Our third day in the exclusion zone starts with the now familiar breakfast, blue skies, and bright sunshine. Conditions aren’t ideal for the brooding images I had hoped for as we planned this trip, only Darren is happy since the weather couldn’t…

END_OF_DOCUMENT_TOKEN_TO_BE_REPLACED 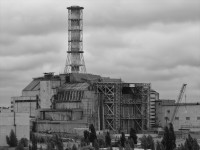 Our first full day in the Zone was to be an intense mixture of photography and education, even if we had no idea what was in store for us as Darren and I ate a familiar breakfast (same as last night’s dinner…

END_OF_DOCUMENT_TOKEN_TO_BE_REPLACED 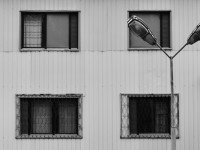 Day One sees our intrepid adventurers travel to Kiev via London, pass security checkpoints manned by armed guards, and enter the officially designated “Chernobyl Nuclear Power Plant Zone of Alienation” for our most ambitious UrbEx photography project to date. We’ll be spending two and a half days in Chornobyl, mostly visiting the countryside around the power plant and in particular Pripyat, an “atomograd” city for 50,000 inhabitants abandoned since the Chernobyl nuclear disaster in April 1986.